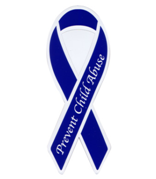 Abuse and neglect are difficult words to define as we will see later in this article when we start to examine the many different kinds of abuse. Let’s look first at what abuse and neglect are according to federal law. In a pamphlet entitled, What Is Child Abuse and Neglect?, the Child Welfare Information Gateway of the U.S. Department of Health and Human Services explains that:

“Federal legislation lays the groundwork for State by identifying a minimum set of acts or behaviors that define child abuse and neglect.”

Most laws at the federal and state level cover abuse and neglect inflicted by parents and other child caregivers and do not extend to harm caused by other people which are covered under other statutes. The minimum standards set by federal law define child abuse and neglect as:

These laws are then further refined and explained at the state level. For a listing of abuse and neglect laws for your state, visit the State Statutes Search webpage at The Child Welfare Information Gateway of the U.S. Department of Health and Human Services. This page allows you to search for a variety of state statutes including the definitions of abuse and neglect.

DEFINING THE DIFFERENT TYPES OF ABUSE AND NEGLECT

Child maltreatment is the general term used to encompass both child abuse and child neglect. Child abuse can be generally described as acts of commission which harm a child, and child neglect can generally be described as acts of omission which allow harm to befall a child. The abuse and neglect of children can be further divided into subcategories as follows:

Some states would also add abandonment and substance abuse by parents to this list of types of maltreatment. Others would also add failure to supervise (e.g., inadequate supervision or exposure to dangerous environments) to the list of types of neglect. Some sources/statutes would combine these categories. Let’s examine each type of maltreatment listed above a little closer by defining the terms and looking at examples of each type of maltreatment starting with the different types of abuse and then moving on to the different types of neglect.

Emotional abuse, sometimes referred to as psychological abuse, is often difficult to prove and frequently accompanies other types of abuse. Emotional abuse can cause severe damage to a child’s mental health and development, but for a third party, it is often difficult to see because the hurt occurs on the inside not the outside. The pamphlet called Fact Sheet: Emotional Child Abuse, from the organization Prevent Child Abuse America, defines it this way:

Emotional child abuse is maltreatment which results in impaired psychological growth and development. It involves words, actions, and indifference. Abusers constantly reject, ignore, belittle, dominate, and criticize the victims. This form of abuse may occur with or without physical abuse, but there is often an overlap.

Examples of emotional abuse would include:

Many of the examples listed above require a sustained pattern before they rise to the level of emotional abuse.

Physical abuse can take many forms, but it is essentially any physical activity which intentionally harms a child, or for which the harm should have been foreseeable. It is one of the more commonly recognized types of abuse because many times the results of the abuse are readily observable. The CDC’s publication titled Child Maltreatment Surveillance: Uniform Definitions for Public Health and Recommended Data Elements, Version 1.0 defines physical abuse as:

Physical abuse is defined as the intentional use of physical force against a child that results in, or has the potential to result in, physical injury.

Common examples of physical abuse include:

For those interested, the What Is Child Abuse and Neglect? pamphlet explicitly states that:

Physical discipline, such as spanking or paddling, is not considered abuse as long as it is reasonable and causes no bodily injury to the child.

Although all maltreatment of children is heartbreaking, it is sexual abuse which often makes the headlines and causes us to cringe the hardest. Federal law defines sexual abuse as,

“…the employment, use, persuasion, inducement, enticement, or coercion of any child to engage in, or assist any other person to engage in, any sexually explicit conduct or simulation of such conduct for the purpose of producing a visual depiction of such conduct; or the rape, and in cases of caretaker or inter-familial relationships, statutory rape, molestation, prostitution, or other form of sexual exploitation of children, or incest with children.”

Educational neglect is defined as the failure to educate a child or attend to special education needs. Generally it relates to a caregivers’ failure to sufficiently provide for the educational needs of the child.

Emotional neglect is defined as inattention to a child’s emotional needs.

Medical neglect is failure to provide a child with necessary medical or mental health treatment. Note: For purposes of NIS-4 (the source of the statistics throughout this article), medical neglect is classified as a form of physical neglect.

Examples of medical neglect include:

Abuse and neglect can take many forms. The lists above are certainly not exhaustive, but they do serve as a starting point for recognizing potential forms of abuse and neglect.

Here at Divorce Ministry 4 Kids, we feel that the issue of child abuse and neglect is serious enough to warrant dedicating an entire month to. We hope that you will read all of the articles so that you, and those in your children’s ministry, will be better prepared to deal with this issue which is all too prevalent and disproportionately affects children of divorce and children from single-parent homes. The series includes the following articles:

A pdf file will be posted at the end of the series including information from all nine articles in one comprehensive, not-so-brief, but easy to use format. For those of you who have expertise in this area, or have dealt with abuse and neglect situations in the past, we hope that you will join the conversation by adding your voice to the series through comments on the articles or on our Facebook Page.