I had planned on finishing and posting part 4 of my tale of the DC4K Ministry that I recently completed.  Unfortunately, family obligations interfered.  So, instead I want to draw your attention to valuable video posted by someone in the children’s ministry community that I have a great deal of respect for.

Dale Hudson is the Director of Children’s Ministry at Christ 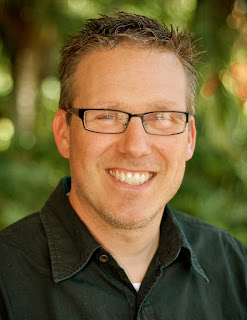 Fellowship Church in Palm Beach, Florida.  Dale has been in Children’s Ministry for over 22 years.  I first became acquainted with Dale reading his book “Turbo Charged Children’s Ministry” several years ago.  I still go back to that book frequently for ideas and wisdom.  Since then, I have followed Dale’s writings closely on his blog at Relevant Children’s Ministry.  Last year, Dale was, quite rightly, named one of the top 20 influencers in Children’s Ministry.  More importantly, I had the chance to speak with him briefly at a conference and found him to be as “real” in person as he is in his writing.

Recently, Dale posted a video on ministering to children of divorce.  In it, he brings the wisdom he has gained from all of his years in children ministry to bear on the issue of children of divorce.  I was glad to see someone as influential as Dale tackle this subject.  Take a few minutes to watch the video below and let us know what you think.  What would you add?  What have your experiences be?  What do children’s pastors and volunteers need to know?