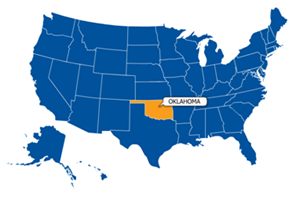 Do you have anything I can read about the upside down family law court system in OK? How do you help three little boys whose father adores them, helps them with all their sports, mother has an affair and the court system gives him only standard visitation. 4 days a month is UNPARDONABLE! What can be done to come against a small town judge who clearly has issues against men herself to rule the way she did???

I don’t know the details of this family’s situation, but I have been involved in enough divorce cases to know that many times one side, or both, feels this way about the decisions handed down by the court. I also know that those of us who work with children of divorce are often solicited for information and advice by the parents of the kids that we minister to.

With the help of Linda Ranson Jacobs, a co-writer here on Divorce Ministry 4 Kids, who has worked extensively with children of divorce and lived for a long period of time in Oklahoma, I set out to answer this question in a manner which I feel would be most beneficial to the kids involved. Here is my answer:

Thank you for reading Divorce Ministry 4 Kids, and for your question. I understand your sense of frustration both with the current circumstances, and the decision of this particular court. Of course, I do not know the specifics of your situation beyond the facts you gave me or about the court your friend’s divorce was handled in.

First, and foremost, I believe that you must focus your efforts on making the transition to divorce as easy as possible for the children involved. A divorce is most definitely hard on all parties involved, but the truth is that it is the kids who suffer the most and often are forced to suffer in silence. To that end, I would like to suggest a number of things I would recommend your friend do as well as several things that are specific to helping his kids to weather the storm with minimal pain.

There are a number of things that your friend can do to help himself so that he will be in the best position to be able to help his kids. It is an unfortunate reality that we cannot help others emotionally until we help ourselves.

So, I would encourage your friend to:

I understand that many of the suggestion given above are not what your friend wants to hear. There are no easy solutions when it comes to divorce, but all of these things will make it easier on the kids. Hopefully, in the long run, all of these things will convince the ex-wife and the judge that your friend is most interested in being a good dad. Ultimately though, his kids will realize that he has always been there for them, and that is the most important thing.

Best of luck to you and your friend,