Editor’s Note: This article was originally published on Ministry-to-Children.com in the Summer of 2011. It has been updated and revised with new information for publishing here on DivorceMinistry4Kids.com. We hope that you find it useful. 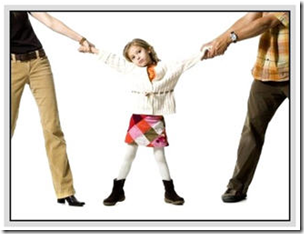 You might be surprised to find out that the divorce rate in the United States is actually decreasing and has been since it reached its high point in the early 1980s. Despite the relatively small decrease, it is still an epidemic. Recent studies show that the projected divorce rate for first marriages in this country is approximately 43%. For second marriages, that rate shoots up to 60%. Indeed, while the decrease in the rate of divorce is a good thing, it is driven primarily by an increase in cohabitation and failure to marry rather than a “real” decrease in divorce.

You might think, given the Biblical mandates on divorce, that divorce rates in the church would be much lower than those in the general population. Unfortunately, that is not true! According to a Barna study done in 2004:

Although many Christian churches attempt to dissuade congregants from getting a divorce, the research confirmed a finding identified by Barna a decade ago (and further confirmed through tracking studies conducted each year since): born again Christians have the same likelihood of divorce as do non-Christians.

There is no denying that as a society, we have become much more accepting of divorce. In a recent study by the Pew Research forum, they found that:

Asked to consider two views about divorce, a majority of the general public chooses “divorce is painful, but preferable to maintaining an unhappy marriage” over the view that “divorce should be avoided except in an extreme situation” (58% to 38%).

In a society that values the “happiness” and “rights” of parents, what is often lost in the discussion is the devastating impact that divorce has on children. In her book Between Two Worlds: The Inner Lives of Children of Divorce, revealing the results of her groundbreaking study on the children of divorce, Elizabeth Marquardt cuts to the chase:

You will find only a few books on divorced families, at least in proportion to the number of divorced families in this country, and most of them are upbeat guides on how to divorce rather than in-depth looks at the lives of divorced children. Strangely, our culture seems only too happy to talk about dysfunctional intact families – to point fingers at all the ways married parents can mess up with their children – but it falls silent about divorce because no one wants to make divorced parents feel bad.

Consider that half of the children in America today will live through the divorce of their parents. Of that 50%, half of those children will see the dissolution of their parents’ second marriage as well. Since roughly 1972, over 1 million children each year have experienced the divorce of their parents. By 2008, 3 out of every 10 minor children were living in a single-parent home (Note: this does not include children of divorce whose parents had remarried). Recent studies show that divorce rates in rural America are now just as high as those in suburban and urban America. The point is, there is no doubt that children of divorce are not only present but prevalent in your children’s ministries. It is our job to minister to these kids, and part of that process is understanding what they are going through.

It is time that we engaged in the conversation. The impact of divorce on children can no longer be ignored, and as those in children’s ministry who are called to minister to the needs of these children, it is time that we stepped up to the plate and did something about it. Consider the following additional finding from Ms. Marquardt’s study:

Of those grown children of divorce who were active in a church at the time of their parents’ divorce, two-thirds said that no one from the clergy or congregation reached out to them at that time.

And that includes children who were too young to remember. When they are eliminated from the equation, nearly 75% of those who were old enough to remember stated that no-one from the clergy or congregation reached out to them. As a church, we have largely failed these kids. That is not true of every local church, but it is true of many. We have turned a blind eye to the special needs of these children because we were unaware of the issue, unwilling to address it or afraid that somehow ministering to these children will be construed as condoning the act of divorce itself. It is high time that we got past these fears and insecurities and got about the business of ministering to God’s children. These kids are as important to God as any others. We serve a God who “binds up the brokenhearted.” It is time that we acted as his hands and feet to these kids who natural support systems (their families) have imploded at a time when they need them the most. It is time that the church stepped in, in whatever way that we can, to fill that void.

While each child is clearly unique, and each divorce is unique, there are some common emotions and reaction that many children of divorce share. A comprehensive list is beyond the scope of this article (and quite possibly impossible to compile), but here are some things that you as a children’s minister should be aware of in ministering to children of divorce:

There is much that we, as the church, need to do to minister to this oft-neglected mission field of Children of Divorce. This article is all about the first step – getting the conversation started!

1 thought on “Understanding Divorce and Children”