Last week, we began a new series called “A New Way of Looking at the Spiritual Impact of Divorce on Children.”  In that series, we started looking at a new report from Melinda Lundquist Denton of Clemson University titled, “Family Structure, Family Disruption, and Profiles of Adolescent Religiosity.”  Last week, we talked about how divorce impacts a child’s spiritual development.  Monday we looked at a new typology for thinking about children of divorce when it comes to their faith.  Today, we conclude the series by looking at the results of the study and what it means for churches and children of divorce.

The Basis of the Study 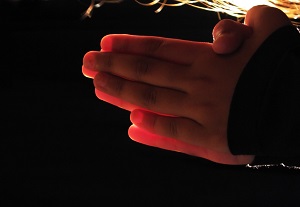 The overall conclusion of the report can be characterized by the following excerpt:

It appears as if the experience of parental breakup in adolescence triggers an increase in the odds of religious change, whether that change is a move toward or away from religion.

Contrary to other reports, and common notions, that divorce doesn’t impact a child’s faith at all or has a clear negative impact, this report indicates one clear conclusion: divorce does increase the odds of a religious changes – sometimes in a negative direction, and other times in a positive direction. The key determiner seems to be where in the typology the child is when the divorce or separation takes place.

For Abiders and Adapters (the two groups with the highest view of religious salience (importance), they are “significantly more likely to experience a transition to a religious profile characterized by lower religious engagement.” For children in these groups, their faith and religion are viewed as very important, and they are therefore more likely to view the divorce of their parents as a “sacred loss.” As such, the impact of that “sacred loss” on their faith is more significant than youth who do not put such a high level of importance on their faith. Put another way, the dissolution of their parents’ marriage (which they view as a sacred part of their faith) causes them to doubt and question other aspects of their faith and many times leads to a lessening or abandonment of that faith. Let’s look at each group a little closer.

For Abiders (those kids with a high degree of both salience and practice), they showed higher odds of transferring to either Assenter, Avoider or Atheist (the lowest groups in terms of religious practice and salience). Abiders did not show higher odds of becoming Adapters following the divorce of their parents. This implies that the impact of divorce goes beyond just religious practice, but also includes the personal importance of a child’s faith. In other words, it is not just the case that these kids can’t get to church following the divorce but their faith remains as important to them. In actuality, both their attendance and the importance of the faith itself are at greater risk of decreasing following their parents’ divorce.

Adapters, by definition, do not exhibit high levels of “institutional religious practice” to begin with, and as such this does not decrease following a divorce like it does for Abiders. However, like Abiders the importance (salience) of their faith is more likely to diminish following the divorce of their parents. Again, divorce represents a “sacred loss” to these kids, and the loss of things they hold sacred (their parents’ marriage, and their intact family) causes them to question other sacred things in their life (like their view of God).

The results for Assenters reported in this study which quite different. Among Assenter, who were middle of the road in terms of both religious practice and importance, in turns out that many youth in this group actually turn to faith and religion as a means of coping with their parents’ divorce. Many in this group have some history of religious practice (although it may be very limited), and faced with the trauma of their parents’ divorce, many will fall back on this experience and end up turning to faith to help them through a time of crisis. By contract, Avoiders have had very little past history with religious practice and may not even be aware of faith as a potential “coping mechanism.”

In summary, the findings of this report indicate that divorce of an Abider or Adapter’s parents tends to have the impact of decreasing the importance of faith in their lives as they see the divorce as a “sacred loss” that causes them to question and doubt other aspects of their faith. On the other hand, Assenters whose parents’ divorce may actually turn to faith as a coping mechanism.

What Does It Mean For Churches and Children of Divorce

The results of this report present the church with both a challenge and an opportunity. Those of us who work with children, and consequently children of divorce, must recognize that the potential impact of divorce is different for children depending on where on the spectrum they start. For the Abiders and Adapters, we must understand and accept that the divorce of their parents will likely represent a “sacred loss.” This loss will cause them to question the foundation of their faith. We must recognize the likelihood of this happening and be there to answer their questions and help them to work through their doubts. Perhaps, with more involvement of caring churches, workers and congregations, the numbers of these Abiders and Adapters who slip into the lower categories of religious and faith practice can be curbed.

When it comes to Assenters, the church must recognize the potential of faith to be exactly the “coping mechanism” that these kids need to help them heal from their parents’ divorce. Like all people, Jesus comes to them at the lowest point in their young lives (as the breakup of their intact family) and offers the hope and healing that can only be found in him. When these kids come to our churches looking for healing, we must be prepared to be the hands and feet of Jesus Christ to them.

As for Avoiders and Atheists, these youth are so far away from faith that divorce really doesn’t move them even further down the faith spectrum. As the church, though, we still understand that Jesus holds the key to healing them not only from the hurt of their parents’ divorce but to eternal life. We must continue to reach out to these kids and inviting them into the family of God.