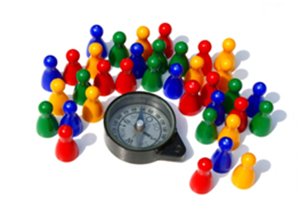 Last week we reported on the release of a brand new report titled “Does the Shape of Families Shape Faith?” by Elizabeth Marquardt, Amy Ziettlow, and Charles E. Stokes studying the impacts of divorce on children’s faith. The following represent ten key observations and conclusions from that report report.

“When parents do not involve their children in an active life of faith, churches seem bewildered about how to reach them.”

2. Children of Divorce are less religious on whole than children from intact families.

“While there are a diverse range of theories about why the adult offspring of divorced parents are less likely to be religiously involved than their peers from intact families, little doubt exists about the correlation or connection.”

“…when children of divorce reach adulthood, compared to those who grew up in intact families, they feel less religious on the whole and are less likely to be involved in the regular practice of a faith.”

3. Children of divorce are more likely to leave religious practice all together.

4. Children of divorce are more likely to consider themselves “spiritual but not religious.”

“It is also becoming clear that grown children of divorce stand at the leading edge of a generation that considers itself “spiritual but not religious.” Yet they form a kind of broken leading edge, with spiritual stories quite often characterized by loss or suffering. Having perhaps turned to God for solace and hope, they may think of themselves as spiritual persons, but they report more difficulty practicing a faith within religious institutions.”

“In a separate study also using the Glenn and Marquardt data, Zhai and colleagues find that adult children of divorce are much more likely to identify themselves as ‘spiritual but not religious.’”

5. A parental divorce during adolescence increases the odds of some sort of religious change.

“…it appears as if the experience of parental breakup in adolescence triggers an increase in the odds of religious change, whether that change is a move toward or away from religion.”

6. Children formulate their image of God based on their experiences with their own parents.

“…children’s early images of God arise at least in part from their lived experience with their own parents.”

7. Parents and families are key to a child’s faith journey.

“Parents play a vital role in influencing children’s religious lives after divorce, particularly in a culture in which congregational engagement and other forms of civic involvement are no longer as normative as they once were.”

“…some studies show that family practices are more closely linked than family structure to strong faith in adulthood, but intact families are more likely to have the stability necessary to maintain these practices.”

8. A father’s involvement is of particular importance to a child’s future faith.

“Overall, as reported by Elisa Zhai of Miami University and colleagues in an analysis of the Glenn and Marquardt data, the link between parental divorce and lower likelihood of the grown children’s regular practice of a religion appears to be significantly explained by lower levels of father’s involvement in the religious lives of these children.”

9. A so called “good divorce” does not eliminate the faith issues faced by children of divorce.

10. Divorce can provide an opportunity for children to develop a deeper relationship with God if their questions are answered and they a provided with spiritual role models.

“The health and future of congregations depends upon understanding, reaching out to, and nurturing as potential leaders those who have come of age in an era of dramatic social changes in family structure. The suffering felt by children of divorce may actually offer a pathway toward healing and growth, not only for themselves but for the churches.”