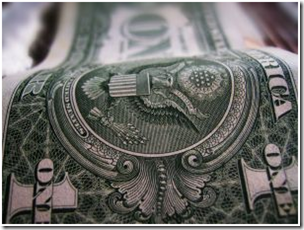 A few weeks ago I had three single moms in one of my single parent groups weeping. Why were they weeping? Because it was in the heat of the government shut down, and they were worried about how they were going to feed their children.

Perception is a funny thing sometimes, especially when you are

Everything becomes confused in your mind and in your weakened state, things get twisted, turned around and in general your thinking gets out of whack. The three women were struggling financially and with all the news and talk about the shut down, you might say they were hyperventilating about things.

The other side of this story is that two of the ex’s had told the women they couldn’t pay their child support because of financial issues with the government shut down. In other words the men were using the situation to inflict panic. Please don’t think I’m hammering the men but it just so happens in this situation it was the men. I have had moms do similar things at other times. Divorce seems to skew everyone’s thinking and perceptions.

My first goal was to calm everyone down. I took a deep breath, calmed myself down and then talked about things they could do. I told them about our food pantry and offered to get them some food if they needed it. Some of the single dads in the group gave them some suggestions also.

Another one of our single moms had her radiator go out on her car. She called me in tears. This single mom is trying so hard to survive and she has a story to tell, a story that eventually will impact many people. Satan doesn’t want her to survive and on the day her radiator blew out her perception was one of giving up.

My first thought was, “add empathy.” My second thought was, “calm her down.” I told her she couldn’t give up. She has two beautiful children depending on her. She impacts others in our single parent class by her strength and her sharing of what she has been through and how God brought her out of the depths of despair. I told her we would get her some help.

I got on the phone and called the garage and asked the mechanic if he could come off his labor just a bit and explained I was collecting funds to help her. He agreed to help out. I then texted several of our single parents that I figured could spare ten or twenty dollars. Lastly after getting promises for half the needed funds I called a man that had told me before if I had single moms that needed help to let him know. This man made up the difference and we were able to pay the entire amount of her bill for her car.

This week one of our single moms had three flats. She didn’t ask for financial help but she did need to be encouraged. I emailed several single parents in our group and asked them to pray for her and to take a minute to encourage her. I found out later that she was so surprised and uplifted by the many encouraging text messages she got. She said, “I didn’t even know who was texting me because I didn’t recognize the numbers.” That simple act of texting encouragement will be felt for many days with this mom.

As our national economy struggles, single parents particularly are going to be affected. Many live right on the edge with every penny that comes in, going right back out. Emergency situations send many over the edge financially and emotionally. Sometimes it is their perception that they aren’t going to make it and sometimes they need

What can you do for the single parents in your community who are struggling to survive whether it be their perception or the truth?

Linda Ranson Jacobs is one of the forefront leaders in the area of children and divorce. She developed and created the DivorceCare for Kids programs. DC4K is an international program for churches to use to help children of divorced parents find healing within the arms of a loving church family. As a speaker, author, trainer, program developer and child care center owner, Linda has assisted countless families by modeling and acting on the healing love she has found in Jesus Christ. Linda offers support, encouragement and suggestions to help those working with the child of divorce. She serves as DC4K Ambassador (http://www.dc4k.org) and can be reached via email at ljacobs@dc4k.org. You can find additional articles from Linda on her blog at http://blog.dc4k.org/.

Free articles and devotions for single parent families in your church can be found at Linda’s website Healthy Loving Partnerships for Our Kids (http://www.hlp4.com).