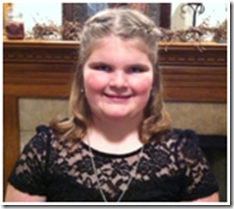 A couple of weeks ago, my then nine-year old daughter (Lyndsey) and I went to her school’s Father/Daughter Mother/Son Valentine’s Day Dance. I brought her flowers and she had a corsage. I ironed a shirt and put on my suit and she got all dressed up, and we headed off for the elementary school gym. When we got there (we were fashionably late), the place was packed. The second we walked in the door, my daughter announced, “Bye, I’m going to find my friends,” so I had plenty of time to survey the room.

There were several whole families there were the father had come with his daughter(s) and the mother with her son(s). There were a few mothers with their sons – usually younger sons because presumably by the time you’re in fifth or sixth grade it is no longer your mother that you want to go to the dance with. And, there were plenty of daughters there dressed in their best dresses with their fathers in tow. I noticed a couple of other things as well. There were a handful of little girls there with an Uncle or Grandfather, and there was one little girl there with her teenage brother. I don’t know the stories of those families – perhaps the fathers are in the military and deployed or the father was working that night and just couldn’t make it, but it seems likely that some or most of those little girls are from homes where their father is absent. And, they were the lucky ones – the ones who had an adult (or in one case teen) male who was willing to bring them to a school dance.

My mind started to wander to all the little girls who weren’t at that dance. I started to think about the 40% of children in the United States who are living in a home without a father – many of them as a result of divorce. What were they doing that night? Had they wanted to come to the dance but not been able to? , or had their hearts been so seared at this point by the loss of their fathers that it didn’t really make a difference to them? How many more Father/Daughter dances would they miss? Who would be there to meet their dates when they started to go to high school dances? Who would dance with them on their wedding days?

There are too many young girls out there without a father in their lives. As the church, we cannot replace their fathers. We can point them to a heavenly father who will always be there for them. And, we can provide role models for them of what Christian men should be like. Only God can fill that father-shaped hole that so many of these girls have in their hearts, but we can step into the gap left by their absent father and provide practical help and guidance. So, who in your life is missing from the dance?