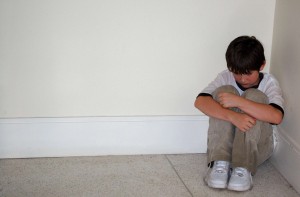 Introduction to the Magnitude of Child Abuse and Neglect

We will get to much more detailed statistics on the prevalence of abuse and types of living arrangement which are more prone to abuse and neglect later in this article. However, I think it is important to have some grasp of the magnitude of the problem and why it should be important to anyone who works with kids on a regular basis. According to the January 2010 report entitled “Fourth National Incidence Study of Child Abuse and Neglect (NIS-4) from the U.S. Department of Health and Human Services (referred to herein as NIS-4), over 1.2 million children suffer harm from child abuse or neglect per year. That equates to 17.1 children per 1,000 or approximately 1 in every 58 children. When children who are endangered by abuse or neglect are added to those figures, the numbers rise to over 2.9 million kids or 39.5 per thousand. That equates to one in every 25 children. The reach and magnitude of abuse and neglect are as varied as the forms of abuse and the types of children who experience it.

In the article “When The Bough Breaks,” Martin Johnson wrote:

“Perhaps the most important part of understanding child abuse is realizing the depth of physical and emotional pain the child victim must feel. As adults in ministry to children, we can see the crisis intellectually, yet it’s extremely difficult for us to genuinely empathize with the hurt and isolation the child feels – unless we’ve felt it too. And sometimes we simply don’t recognize that real, serious, ongoing abuse is taking place in the homes of some of the children we minister to every week. Sometimes, we just don’t realize the problem.”

Consider the following chart. The following table summarizes the number of children per 1,000 who have suffered harm as a result of child abuse or neglect (this does not include children who had not been harmed but were judged to be in imminent danger because of abuse or neglect) as well as the relative risk of each group compared to children who live in homes with married biological parents:

The children Divorce Ministry 4 Kids seeks to serve and minister to are the exact children who are most likely to suffer harm by abuse at the hands of, or neglect by, a caregiver.

Over the course of the next month, we will present a nine part series here on Divorce Ministry 4 Kids on Child Abuse and Neglect. This series will cover different types of abuse and neglect, statistics related to the risks of abuse and neglect, recognizing warning signs and how to report suspected abuse and neglect. Here at Divorce Ministry 4 Kids, we feel that this issue is serious enough to warrant dedicating an entire month to. We hope that you will read all of the articles so that you, and those in your children’s ministry, will be better prepared to deal with this issue which is all too prevalent and disproportionately affects children of divorce and children from single-parent homes. The series will include the following articles:

A pdf file will be posted at the end of the series including the information from all nine articles in one comprehensive, not-so-brief, but easy to use format.

For those of you who have expertise in this area, or have dealt with abuse and neglect situations in the past, we hope that you will join the conversation by adding your voice to the series through comments on the articles or on our Facebook Page.

3 thoughts on “Divorce, Cohabitation, Single Parenting and the Increased Risk of Child Abuse and Neglect”