A couple of week ago on Divorce Ministry 4 Kids, we looked at a series of statics documenting the number of divorces in our country. Those statistics are telling and reveal just how commonplace divorce has become in our culture. In this article, we are going to look at some even more striking statistics regarding the number of children affected by divorce each year in this country, the number of births to single mothers and the number of kids living in single parent families. All of these children fall within the mission statement of Divorce Ministry 4 Kids. The statistics are striking, but I would implore you to remember as you review them that each statistic represents a real child whose world has been torn apart. They are so much more than just a number on a chart, and that is why we must not only be cognizant of their existence, but also prepared to minister to and serve them. Full data, along with the sources of information, used in each chart is included at the end of this file. 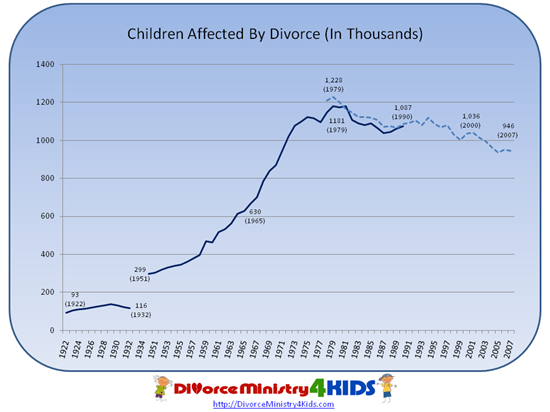 Beginning in 1991, we utilized the number of divorces and average number of children per family to estimate annual children of divorce. We carried this analysis backwards to 1979 to show how it compared to reported statistics. It appears to be slightly higher for most years; however the differences are not significant. Our calculated figures show that the estimated number of children of divorce actually decreased below 1,000,000 in 2003 for the first time in 21 years and stood at 946,000 in 2007. 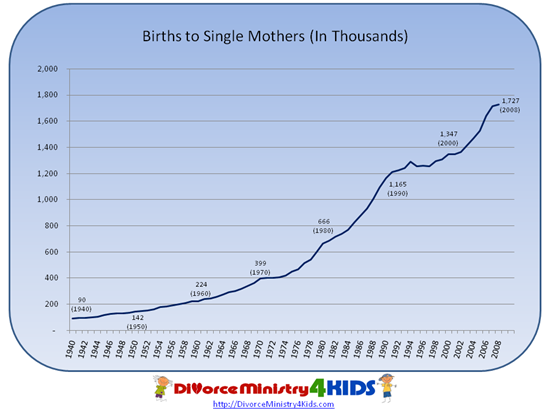 Although children born to single mothers do not necessarily suffer the same loss of the only world they have ever known (many have only known the world of single-parent families) as children of divorce, they do suffer through many of the same emotional and societal consequences as children whose parents have divorced. We consider them part of our ministry here at Divorce Ministry 4 Kids.

Percentage of All Births to Single Mothers 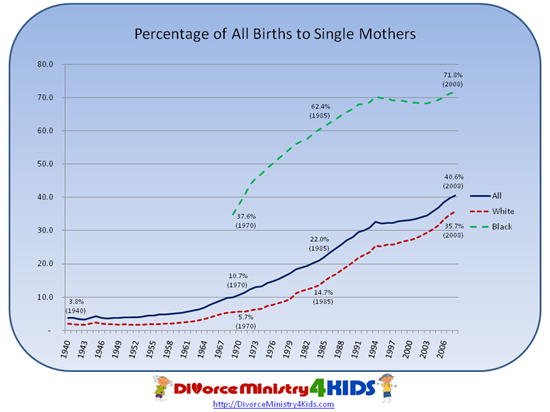 The most recent information available was for 2008. In that year, a total of 40.6% of all children born were born to single mothers. The rate for white children was 35.7%, and the rate for black children was an astounding 71.8%.

Percentage of Families That Are One Parent Families 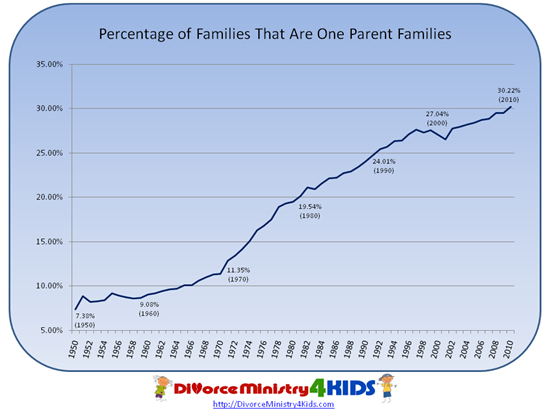 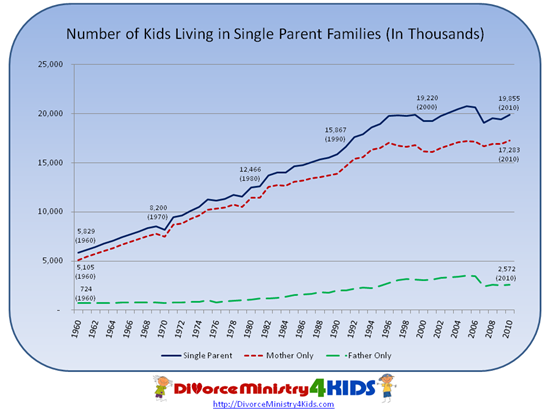 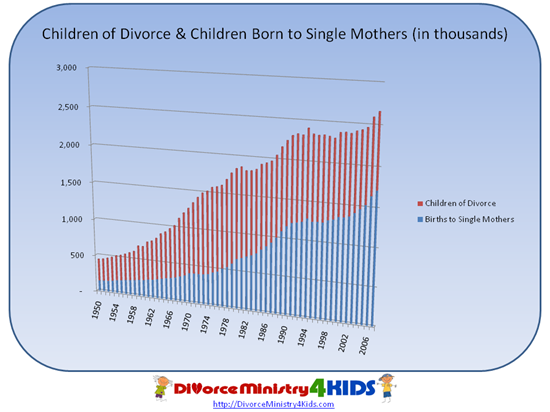 This last graph adds the impact of divorce on children to the number of births to single mothers to approximate the number of kids each year who enter the world of single parent families.